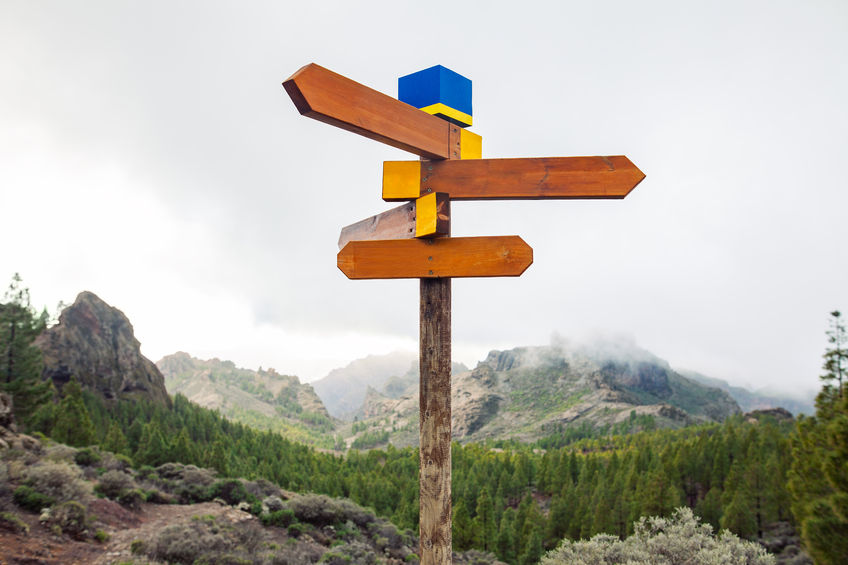 Which way - what's the decision?

'Fear is a reaction. Courage is a decision.' Winston Churchill

"It is not hard to make decisions when you know what your values are". Roy E Disney

"Wherever you see a successful business, someone once made a courageous decision." Peter Drucker

"Whatever course you decide upon, there is always someone to tell you that you are wrong. There are always difficulties arising which tempt you to believe that your critics are right. To map out a course of action and follow it to an end requires courage." Ralph Waldo Emerson

The most important decision you'll ever make has nothing to do with your money or career. It's who you marry! Warren Buffet

"What's the most critical factor in any business decision you'll ever have to make? Basically, it boils down to this question: If this all crashes, will it bring the whole house tumbling down like a pack of cards? One business mantra remains embedded in my brain - protect the downside." Richard Branson

'A good decision is based on knowledge not numbers' Plato

'Better a good decision quickly than the best decision too late.' Harold Geneen

'Hasty work and premature decisions may lead to penalties out of all proportion to the issues immediately involved.' Winston Churchill

'For every obstacle there is a solution. Persistence is the key. The greatest mistake is giving up!' Dwight D. Eisenhower

'Do Something.
If it works, do more of it.
If it doesn't,
do something else.' Franklin D. Roosevelt

'It is better to do something than to do nothing while waiting to do everything.' Winston Churchill

Find out more about decision making - see the following links: